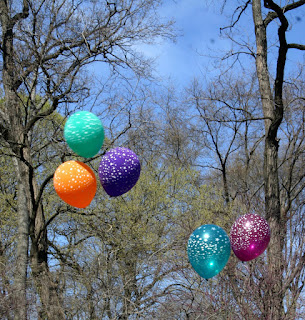 How is it possible to meditate on the universe within us and beyond us and not be overcome by a deep, abiding sense of the majesty, wonder, mystery, power, subtlety and beauty which pervades all manner of being? In fact, this sense of awe can be so overwhelming and touch the soul so intensely, most of us tend to keep it at a distance.

To the extent we allow ourselves to entertain such experiences at all, we often tend to permit them to surface only very briefly and in an attenuated manner. After all, these experiences tend to be counter-productive in the work-a-day world. Furthermore, compared to the intensity and depth of feeling involved in the experience of awe, one has difficulty reconciling this with the numbing way we often go about living our lives. Indeed, for a variety of different "reasons", we spend so much of our time living in a socially and individually constructed cocoon from which awe has been excluded, many of us no longer seem to be able to have any sense of awe whatsoever.

Many of us have lost contact with this dimension of our being. Human knowledge is said, by some, to be doubling every ten years or less. Some say this rate of doubling is accelerating. Yet, despite all of this accumulation of so-called knowledge, we know next to nothing about: memory, consciousness, intelligence, creativity, cosmic possibility, ecology, other galaxies, the origins of life, language, human identity, death, health or illness. The list could be extended indefinitely.We have many, many more questions than answers.

Moreover, whatever answers we do have are being updated all the time because we didn't get it right the first, second, third or fourth time around.Who are we? What are we doing here? Where do we come from? Where are we going? Is there any purpose to existence? What meaning do events have? Is truth discovered or invented? Are there any absolutes? What should one do with one's life? Why do some people die sooner than others? What is the nature of justice? Do we have free will?

For every declarative statement we make, we can come up with a multiplicity of interrogative rejoinders. We are awash in theories of all kinds: scientific, philosophical, theological, political, economic, artistic, historical, psychological, social and educational. However, there is a potentially gigantic difference between having a theory and knowing the truth of a matter.

The lifetimes of millions of people have been consumed with the battle to identify a few tentative conjectures before the onslaught of a raging sea of unknowns. Perhaps, in the light of the ephemeral nature of the rewards to be garnered from such a titanic struggle, the tendency of most of us to retreat into the banality of fashion, television, careers, sports, material acquisition, hobbies, movies, parties and various addictions becomes understandable.

To be sure, the more one understands, the greater can be one's appreciation for the incredible richness and intricacy of any given aspect of existence. Yet, even if we know little or nothing about the nature of things, we seem to have an intrinsic capacity to feel awe for the wonder and mystery and beauty of the worlds within and without us.

We look up into the sky at night and see the stars, the moon and some planets, and, providing we have not allowed ourselves to become desensitized, we can become engrossed just by witnessing these marvels, without necessarily understanding any of it. To be thrilled by the rippling, pulsating and cascading movements of the Northern and Southern lights requires absolutely no knowledge or understanding of the process of ionization.

In fact, from the perspective of Sufi masters, understanding the process of ionization in the upper atmosphere does not exhaust the realities which underwrite that physical phenomenon. The physical realm is only the most apparent realm of manifestation of a reality which goes far, far deeper than the purely physical.

We see a sunset or sunrise (with apologies to Copernicus et. al.), and we are transfixed. We experience the majestic, powerful presence of lightning, or tornadoes, or floods, or hurricanes or earthquakes, and we are humbled before them. We are moved by compassion, or empathy, or love, or beauty, or generosity, not because we necessarily understand these processes, but because we have the capacity to resonate with these forces.

Much of the foregoing comments concern the physical/material world or universe. Reality, however, extends beyond the realm of the material level of manifestation. In fact, the material world, as vast and nuanced as it is, is only a minuscule portion of what is.

According to the realized practitioners of the Sufi sciences, all of these realms which are a mysterious function of the unknowable Divine Essence are far more vast than the physical/material world. They are infinite in nature.There are Sufi practitioners who have journeyed to, and experienced, to varying degrees, these various realms. Some of it has been written or spoken about. The vast majority of such experiences, however, fall beyond language or description and, sometimes, even understanding. They are undergone, but, sometimes, this is about all that can be said about them.

These experiences often are characterized by, among other possibilities, a sense of inundation in raw, naked, overwhelming, mesmerizing, intoxicating, stupefying, powerfully intense awe. Such experiences of awe help color, shape, orient and modulate how the Sufi interacts with and perceives other human beings and, in fact, the whole universe. Awe generally becomes a powerful organizing force in the life of a Sufi. The richer and more intense and subtle one's experiences of awe, the greater is the potential for transformation of the life, thinking, understanding, feeling and activity of the Sufi.
Posted by Anab Whitehouse at 4/15/2007 08:07:00 AM 3 comments: 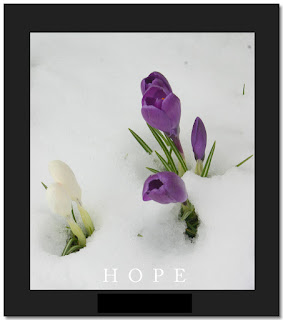 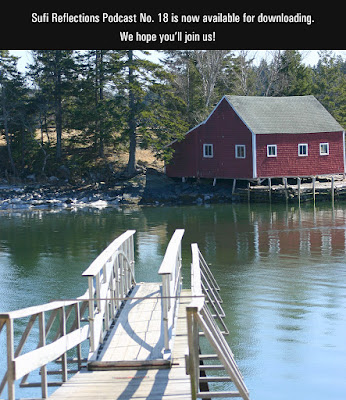 Sufi Reflections Podcast No. 18 is now available for downloading.